Sweat the Small Stuff in Your Marriage to Prevent Divorce 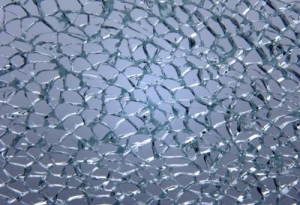 Most divorces are not the result of major conflicts, but rather the slow erosion of your marriage. You think your marriage is fine because nothing major has happened, but you’re drifting apart. Wake up, and turn the tide.

Rather than a major tipping point that causes a rift in the marriage, many couples simply lose touch with each other, says Edward M. Hallowell, co-author of Married to Distraction: How to Restore Intimacy and Strenghten Your Partnership in an Age of Interruption. “The ambient noise of life takes over,” he says, adding that couples lose the fun and moments of sustained attention because they are surrounded by stimuli.

Research shows two-thirds of divorces result from low-conflict marriages. In other words, it’s the small stuff that can destroy your relationship and get between you and a great life together.

What stimuli might be causing chaos or interruptions in your life? Is it the hectic pace of life? The intrusion of technology? Is it the sometimes overwhelming nature of child-rearing or over-involvement in extracurricular activities? Is it unfulfilled dreams?

The good news, say the experts, is that low-conflict problems are “highly solveable” compared with affairs, addictions or huge financial debt. However, if ignored, the drudgery of life can be very damaging to your relationship.

“There are a lot of marriages of quiet desperation that just drag on and on until they end in divorce,” says Pamela Haag, author of Marriage Confidential. However, she adds that many marriages can survive if the partners are willing to be flexible and sometimes imaginative with solutions.

“The first step is to have the difficult conversation and actually hazard some honesty with your partner,” she explains. Rather than focusing on how to “stick it out” in marriage, determine how you can change your lives so that you can thrive in your marriage.

Note: I’m excited to announce that First Kiss to Lasting Bliss: Hope & Inspiration for Your Marriage will be released December 8, 2011. Please follow the Facebook page at www.Facebook.com/LastingBliss and check out details at www.LoriDLowe.com. Thank you.