How Would You React in a Crisis? 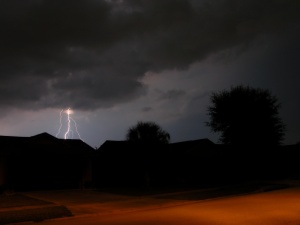 I’ve been thinking about this NYT article for months called “Those Aren’t Fighting Words, Dear” by Laura Munson. It’s the story of a man in a midlife crisis who comes home and tells his wife he doesn’t love her anymore. That’s not so unusual, but her reaction is. They had two kids, a happy marriage and 15 years of history together. They had traveled, dreamed, and moved to a 20-acre plot of land to enjoy solitude. While she felt hurt and upset, she was steady. Her response to him was, “I’m not buying it.” When he told her he wanted to move out and get a divorce, she stood her ground and didn’t get angry. How many of us could respond so calmly, so rationally?

She understood his career crisis, that he was feeling lost and needed to have time to work through his emotions.  She asked, “What can we do to give you the distance you need, without hurting the family?” Of course, her husband was dumbfounded at her response, but it changed their future. Read the full story. It wasn’t easy, but he did take the time he needed, and they did eventually reconcile. She says the real lesson is not even that she saved her marriage, but about her philosophy of taking care of herself in a crisis.

Not surprisingly, publishers were clamoring for Munson to immediately write a book about her experience, which she did. The book This Is Not the Story You Think It Is has received great reviews, despite being written nearly in real time, as the events were unfolding. Munson has been hailed a hero by marriage advocates. She is being interviewed by every network and every magazine. Here’s a video explaining her philosophy.

Do I think she is worthy of this attention? Yes. Why? There will be times in our marriages when one of us will act inappropriately, maybe crazily, probably wrongly. (Read the post Outlast Your Marriage’s Stupid Phase.) It only takes one person to put on the brakes, to see the crisis for what it may be—an opportunity. Shed light on the situation. Allow time and space to permeate the heated discussions. Get help if you need it. Think about what the other person truly needs. Don’t take their words at face value. Don’t always take hurtful comments as they are intended.

As an example, I have many friends with teenagers who are experienced at hearing them say, “I hate you, Mom.” Do the moms believe them? No, they do not. Do they continue loving them? Yes, they do. And time passes, wounds are healed. Life goes on. The teens never hated their mothers. They hated the situation in which they felt trapped, or the rules that were imposed on them.

Munson did say her patience had limits. She wouldn’t wait forever for her husband to work through his problems. She wasn’t allowing him to cheat or abuse her. All she provided was time and distance, support, a lack of anger or demands, and a steadiness that was needed. Eventually, while staying with his ill sister, it struck him that relationships were the most important part of his life.

Whether it’s in a crisis situation, or just on a day when your spouse just had a bad day at work and reacted poorly, your reaction could indeed dictate your future. How will you respond?

What do you think of Munson’s story? Have you read the book? What does her reaction say to you?

The Honorable Leah Ward Sears, a retired chief justice of the Georgia Supreme Court, has had her hand in dissolving more than a few marriages. She wrote a thoughtful article last month sharing some of what she has learned about marriage during her 26-year career on the bench, as well as in her personal life. Her take:

Judge Sears serves as a Distinguished Fellow in Family Law at the Institute for American Values. Read her complete article: Love, yes, but be committed to marriage.

What are you committed to? Your own happiness? Finding enduring romantic love? Your mate? Or  the health of your marriage?