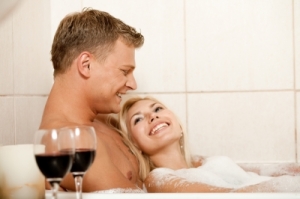 Most of you do not like your bodies, according to a new poll that surveyed men and women. Is your dislike getting in the way of intimacy with your spouse?

Fitness Magazine and Yahoo! surveyed 1,500 American men and women aged 18 to 64 and found 57 percent of women think they look fat naked, and 81 percent of adults have a body part they hate.

Thighs were the “most hated body party” among women and men (14 percent), followed by arms rears, with 11 percent each.

Men appear to have a higher body confidence, with 48 percent of the men reporting that they think they look good when they glance in the mirror. The full results are in Fitness Magazine’s February issue.

I’ve written about body image before (see Improve Sexual Sparks with Better Body Image) but this new research is a reminder that our self-image related to our bodies is not getting any better. In fact, advertising is well known for using editing software to make models look thinner and to change features to fit with a “cultural ideal.” What we look at we begin to see as normal and acceptable. For this reason, be careful about the media you consume and the images that get entrenched in your mind. The cultural ideal changes with the fashion and the time. We can’t all be expected to fit a random ideal, nor would we want to have everyone looking the same. (I just saw on CNN that one of the current top models for female fashion is actually a tall, thin male with no curves. If you don’t believe me, here are his runway looks.)

Men and women need to compliment their spouse’s physical attractiveness on a regular basis. Be honest, but find features that you love and be vocal about your appreciation. It’s important for both men and women to hear compliments. However, for women it may be more important to have a positive body image if they are to relax and enjoy sexual intimacy with their husbands. It may even be a reason why the wife doesn’t initiate more if she is embarrassed to be naked, or if she spends her mental energy worried about how she looks.

Remember that confidence is one of the most attractive features we have. Men are visual and appreciate the female body.  I have heard from a few readers about husbands who denigrate or put down their wives for their bodies, which is so harmful to self-esteem and only creates a downward cycle. Never put down your spouse, even if you are trying to encourage a positive change.

If weight loss is a goal, try to work as a family and adopt healthier eating and lifestyle habits. Go for a walk instead of watching TV, or make small lifestyle changes that you can continue. Be encouraging and complimentary of progress your partner makes. I find that even if my body stays the same, I feel more confident and energetic when I’m on a regular exercise program. My husband also feels better about himself when he’s eating right and exercising. (He needs fewer reminders than I do.)

On the whole, though, I hear from men who say they love their wife’s body as it is, even if it has changed over time or after childbirth. They wish they could convince their wife of this. Women should appreciate more the power of their body’s capabilities and accentuate their strengths. Find clothing and lingerie you feel good in. Wives should be willing to hear their husbands out and let their message of love sink into their hearts and under their skin.

With spring break around the corner, many of you are thinking about whether to plan a vacation or where to go. This post from Simple Marriage offers great insights into Why Vacations Make the Best Dates!

To read about 12 inspiring couples who used adversity to improve their marriage, check out First Kiss to Lasting Bliss: Hope & Inspiration for Your Marriage. Details at www.LoriDLowe.com. Or, go to Amazon.com or your favorite e-reader site.

Photo by imagerymajestic courtesy of freedigitalphotos.net.

The Truth about Sex in Marriage 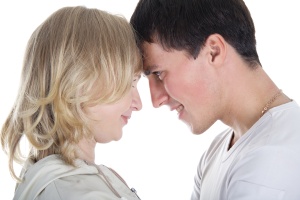 Contrary to popular belief, sex is not the overriding factor in either marital happiness or marital distress, says Scott Haltzman, M.D., author of The Secrets of Happily Married Men. It can be a barometer of how things are going, but research shows sex contributes just 15 to 20 percent toward making the relationship satisfying. However, unhappy couples report their sex life is responsible for 50 to 75 percent of their unhappiness.

While it’s difficult to give blanket advice (no pun intended) to couples when they are each different, Dr. Haltzman says the most common issues involve:

1)      Most men (77 percent in his survey) have a higher sex drive than their wives. Dr. Haltzman says hormone and brain chemical differences are among the most likely reasons for the difference. In particular, testosterone levels are higher in men, with women having about 10 percent of men’s level. Testosterone levels fall as women age, particularly after having children.

2)      Women have an intimacy imperative. Women have 10 times the level of oxytocin in their brains than do men. This puts the emotional connection at a premium for wives, desiring closeness above all else. Men’s level of oxytocin surges to our level only after orgasm.

3)      Women want to feel intimacy, closeness, romance, relationship to help them feel “in the mood.” For women, good sex is as much emotional as physical. Men should use conversation to learn about their wife’s needs, says Dr. Haltzman. Let her know you just want to understand her feelings about sex. Being romantic just to get sex doesn’t work for women.

4)      Life is overly busy. Prima magazine showed women in the 1950s had sex more frequently than today’s women—an average of twice a week for our grandmother’s generation. Back then there was one TV station that turned off at 10 p .m. Generally, only one person in the family worked while the other looked after the children. Today’s families are often so busy and stressed they report they don’t have (or make) time for intimacy.

5)      Men tend to compartmentalize their feelings and concerns, while women’s more developed corpus collosum (the communication strip between the two cerebral hemispheres) allows women to integrate all the data in their brains and experience more subtleties. Her thoughts on one subject spill over into other areas.

The doctor’s advice? Make love even if you don’t feel emotionally connected. (Sorry ladies, I didn’t say it.) You sit through your son’s soccer game in the rain and do many other things out of obligation, and making love should be a part of a healthy marriage. “I’m not suggesting sexual coercion here,” says Dr. Haltzman. “I’m recommending a regular rhythm of sexual attachment with the understanding that some sexual experiences will be better for him than her and some better for her than him, but that the best sexuality does integrate intimacy, pleasuring and eroticism for both people.”

Husbands would do well to include separate activities of G-rated touching and kissing, sensual pleasures from massage to candles to cuddling (without expectations), being playful, and exploring eroticism as well as sex. Dr. Haltzman’s entire book (Secrets of Happily Married Men) is helpful for men who want to better understand their wives, so if you want to learn more, check it out.