Do Happier Husbands Lead to Divorce? Yes, if the Wife is Much Less Happy. 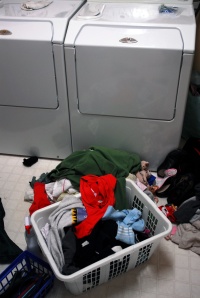 A new study called “You Can’t Be Happier than Your Wife: Happiness Gaps and Divorce” suggests that too large of a happiness gap between husbands and wives can be very problematic. It concluded when the husband is much happier than his wife, she is more apt to leave; whereas, when a wife is much happier than her husband, they are much less likely to divorce.

The study, published in Germany, used data from tens of thousands of relationships in Germany, Australia and Great Britain. The researchers (who were experts in economics and wellbeing) measured happiness indicators having to do with lifestyle satisfaction.

Since wives are much more likely to file for divorce than are husbands (two-thirds of divorces are filed by women), perhaps the result shouldn’t be surprising than when women were very unhappy they were more likely to divorce. I wanted to dig deeper to see if women were being unfair or if there seemed to be valid reasons for this discrepancy.

Researchers found the happiness gap increased when the wife handled most of the housework, if her income was higher than average, or if the husband and wife had different social backgrounds. The gap was smaller in couples where the husband and wife had similar backgrounds, shared chores, or if the wife was a housewife, student or was retired. The strongest couples had similar happiness measurements.

It seems with limited time and plenty of chores and responsibilities to go around, when one person’s lifestyle is easier, the other spouse has more on his or her plate. Sharing the load becomes important if lifestyle satisfaction is to be spread out.

Not all the couples in the study were married, and researchers found the happiness gap was “several times wider” when couples cohabited instead of married.

Team researcher Dr. Cahit Guven said the study showed that “unlike other benefits in a marriage, happiness isn’t able to be redistributed between the husband and the wife for those couples whose relationship ended with divorce.”

While I understand the conclusions, I think we should be careful about thinking we can equally divide all the responsibilities of a household to both spouses’ complete satisfaction. Keeping score can lead to resentment for one or both partners. On the other hand, particularly when both spouses are working parents, negotiation and communication about what needs to be done is critical. Asking for help in a nice way is much better than complaining about how your partner “never helps out.”

The study caused me to wonder whether the couples who ended up divorcing were less skilled at negotiating and communicating about their lifestyle needs, or whether one spouse was just unwilling to budge on contributing to the household.

What do you think about the study? And how do you think your happiness level compares with your spouses’? Does a significant gap in happiness signal signs of discontent?