Researchers find a huge advantage to friendship in marriage 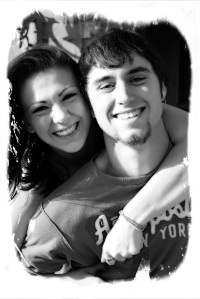 More benefits to being married have been revealed, especially if you’re married to your best friend. The National Bureau of Economic Research has found more reasons to get and stay married—and they don’t all have to do with economics.

Their findings suggest that marrying your best friend can give you greater life satisfaction and help you navigate the stresses of life, cushioning the difficult periods. The economists controlled for pre-marriage happiness levels to separate the issues of whether marrying actually makes people happier or whether happier people are more likely to marry. They found the former was true.

People who are married are happier and more satisfied with their lives on average than are people who stay single. This is especially true during times of stress, such as during a midlife crisis.

Happiness levels were maintained long-term, not just immediately after the marriage, particularly when couples found friendship as well as love in their marriage. As marriage has changed in recent decades, spouses have broadened their roles from merely economic and social partnerships and have become friends and companions as well as lovers. The researchers found the benefits of marital friendship were greatest during middle age, when demands of career and family are high and life satisfaction tends to ebb.

Some interesting conclusions:
*Individuals who consider their spouse to be their best friend get about twice as much life satisfaction from marriage as others.

Being married to your best friend may be a wonderful way to keep life’s stressors at bay for the long haul. Positive long-term relationships, especially marriage, can help buoy us in troubled times. Unfortunately those for whom marriage seems out of reach (financially or culturally) may be at an even greater disadvantage in life, making the bumps in the road feel that much harder. The economists wrote that those whose lives are the most difficult would benefit the most from marriage.

Read more in the New York Times: “Study Finds More Reasons to Get and Stay Married.”

Cultivate not just the love in your marriage, but also your friendship with your spouse as you grow older together. And if you’re married to your best friend, count yourself fortunate and give your spouse a big thank-you today.

Lori Lowe has been married to her husband, Ming, for 19 years. She is the author of First Kiss to Lasting Bliss: Hope & Inspiration for Your Marriage. It tells the inspiring, true stories of couples who used adversity to improve their marriages–from overcoming drug addiction to cancer, infidelity, religious differences, and infertility, among many others. It’s available at Amazon.com and in various e-book formats here.