12 marriage pitfalls husbands can fall into 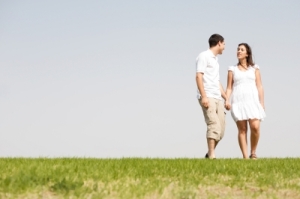 The following dozen “don’ts” for husbands are excerpted from Turn Your Relationship into a Lifelong Love Affair by Bill Syrios. Read the pitfalls for wives here. What do you think of his advice? What important don’ts are missing in your opinion?

I would suggest you look at both lists, because there may be some crossover. For instance, both lists suggests it is the man who is working and who may need some down time, but in our society this is likely true of both spouses. Plan ways to spend your time together, and plan ways for each spouse to decompress and get some relaxation time alone when needed. In addition, both lists comment on the wife’s appearance, but keeping up one’s appearance can be important to both partners. That being said, I think both lists are useful reminders and focus on what are often the most important complaints of husbands and of wives. What do you think?

1. Don’t invalidate her feelings or patronize her.
2. Don’t intimidate her with your anger, ever.
3. Don’t stop listening even if she has a lot to say.
4. Don’t forget to pamper her or to touch her often in non-sexual ways.
5. Don’t neglect to tell her what you are feeling.
6. Don’t avoid saying, “I’m sorry; please forgive me.”
7. Don’t assume she knows you love her unless you tell her so.
8. Don’t tell her how to “fix it” as if her feelings don’t count.
9. Don’t neglect taking pride in how she makes everything look, especially herself.
10. Don’t come home from work thinking your job is done.
11. Don’t ignore your role as father in the family.
12. Don’t assume sex works for her or means the same to her as it does to you.

Do any of these areas need more of your attention? Are any points missing or wrong in your opinion?

Lori Lowe is the author of First Kiss to Lasting Bliss: Hope & Inspiration for Your Marriage. It tells the inspiring, true stories of couples who used adversity to improve their marriages–from overcoming drug addiction to cancer, infidelity, religious differences, family interference and infertility, among many others. It’s available at Amazon.com and in various e-book formats here.

Photo courtesy of freedigitalphotos.net. Turn Your Relationship Into a Lifelong Love Affair was published by Crossover Press.

15 responses to “12 marriage pitfalls husbands can fall into”