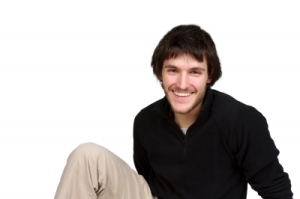 How many millions of people bought lottery tickets last week, hoping for a chance at the $500 million pot, and dreaming of what kind of happiness that could buy? (My hubby even bought them, and he rarely plays.)  After failing to win the big one (better luck next time), many turned to hopes of a raise or a new job as ways to boost their happiness. However, new research based on a study of more than 8,600 Australians concluded that personality changes were much more meaningful to life satisfaction that other factors, such as financial gain. In fact, personality changes explained nearly double the changes in life satisfaction of all the other characteristics studied.

You may ask whether your personality is fixed—or, at least very difficult to change? It turns out that is isn’t. Our personality shifts much more than we realize. “Compared to shifts in these external circumstances, a personality change is just as likely to occur and contributes much more to improvements in our well-being,” says The Atlantic of the study, which was completed at the University of Manchester and London School of Economics and Political Science.

So, if you are looking to boost your happiness, consider making small positive internal changes, and realize that you can alter your personality, hopefully reducing negative aspects and improving positive aspects. These efforts can be rewarded with far greater boosts in happiness than that work bonus you may have been holding out for or other lifestyle factors.  Check out the full study here.

Lori Lowe’s book First Kiss to Lasting Bliss: Hope & Inspiration for Your Marriage is now available on Amazon.com and in all e-book formats at www.LoriDLowe.com.  Lori and her husband of 16 years live in Indianapolis with their two children.