Why Care About Divorce Reform?

Posted on August 29, 2011 | 4 Comments
Even those of us with happy marriages can never eliminate the possibility that our relationships will fall from bliss. Part of this blog’s aim is to keep marriages not just going, but working well. Another function is to talk about marriage and family trends and discuss how healthy families benefit our communities. As such, I recently provided a peek into the world of divorce reform by introducing a new divorce reform coalition. (Read Divorce reform could save billions in government aid.)

Many who care about marriage also feel divorce reform is needed to give a boost to those who need it most. We should care not only about our own marriages and families, but also about those of our friends, relatives and neighbors.

We know through decades of research that divorce harms children, but couples on the brink of divorce are often left in the lurch, not knowing where to turn to improve their relationship. That goes double for the spouse who may want to reconcile but whose partner has at least one foot out the door. Instead of support, these partners are usually told to “move on.”

Beverly Willett was one of those spouses seeking to reconcile her marriage while her husband was seeking to end it. She, like so many spouses in the same situation, was told to not fight the inevitable. Instead, she chose a difficult road to fight for her marriage. She was unsuccessful in saving it, and says divorce reform could have given them the tools and time needed to make emergency repairs.

I asked Beverly to provide some background to Marriage Gems’ readers, and she has kindly agreed to do so. 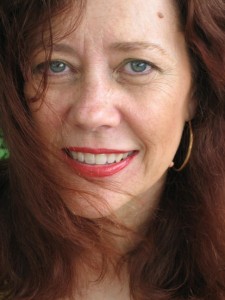 Perhaps it sounds naïve or simplistic, but if I could save even one family from going through the suffering that mine did from divorce that would be purpose enough to come out of the devastation my own family went through.  I’m convinced my family need not have broken apart.  And if that’s true for me, I know it’s true for so many others.  For years we’ve lived in a highly materialistic, disposable society and now we’re paying the price environmentally.  Unfortunately, our disposable society has moved on to people, and now we’re disposing of our most precious and basic resources – our families.  I can’t think of anything more sad and more harmful to our nation.

Divorce put me in tremendous debt, but for the last year or so, I’ve been volunteering nearly full-time on behalf of divorce reform.  I’ve also been out of the workforce for well over a decade raising my children, and with the current rate of unemployment, finding a job is an uphill battle to say the least.  But something keeps driving me to give of my time to volunteer for divorce reform.  I remember feeling so alone at times going through my own divorce.  Since I’ve been writing about my experience and also what I’ve learned, people call and write to thank me, not only for trying to do something to change the way we dispose of our marriages, but also for putting into words something of what they, too,  are going through.  There’s comfort in knowing you’re not alone, and I’m glad I can let others know that.  I cried on the phone with a woman a few months ago going through her own unwanted divorce.  “But I’m going to work for divorce reform, too, when the divorce is final,” she told me, realizing that was one way she could begin to heal her own pain.

2.       How long did you try to oppose your divorce, and what was your motivation? How did you find the stamina to continue when you received virtually no support from the legal system or anywhere else?

I opposed my divorce for a long time.  My husband sued me in 2003, and the divorce was final in 2009.  A lot of extenuating circumstances occurred in between, however, that are too complicated to go into here. The last few years were focused on the property division, after I had no choice but to dissolve my marriage.

Why did I oppose my divorce?  Pure and simply, I loved my husband and family. And I knew instinctively that divorce was not the magical ticket to “happiness.”  Happiness isn’t something “out there;” it comes from within.  It also comes from facing what’s difficult in your life and working hard to solve problems.  Every marriage has difficulties.  Maybe it sounds cliché, but I really do believe you become stronger through adversity.  We’ve become a quick-fix society, and that never does bring fulfillment.

Sometimes I don’t know where I found the stamina to keep going.  I was assisting my attorney with the case, raising the children, and taking care of an old house that had constant problems.  There were times I didn’t think I could keep going.  When you face difficult circumstances in your life sometimes you surprise yourself, scrape the bottom of the barrel thinking there’s no strength left, and find you have a little bit more that keeps you going until the next time.  I cried, I prayed, I meditated.  I tried to clear out the anger in my mind and focus just on whatever was right there in front of me and nothing else.  Meditating on how much I loved my children or truly loved my husband would calm my mind at times, too.  Nothing gives you more power than love.

3.       Why do you think other Americans should care about divorce reform? Aren’t decisions of marriage or divorce merely private matters, and none of our business?

Of course marriage and divorce aren’t merely private matters.  The health of our marriages affects the health of our society, which in turn affects us all.  Laws govern whom we can marry, how we can marry, the tax and other benefits marriage confers, how property is divided upon the dissolution of our marriage or death of a spouse.  The moment one spouse decides to dissolve a marriage, the laws take over from how our property gets divided to child custody, child support.  You name it.  It’s just plain silly for anyone to say it’s a private matter when our laws and government are entwined in our marriages and divorces from the get-go.

4.       Do you think other spouses should have the opportunity to try to fight their divorce, or is it just a waste of time, money and energy, as some of your critics have said? Why?

Everyone should have some say in the dissolution of their marriage or at least an opportunity to try and fight for their marriage and their family.  Is there anything more important?  No-fault is very entrenched in our society, but the form of legislation I helped draft for the Coalition for Divorce Reform called the Parental Divorce Reduction Act helps to address the imbalance we have in today’s laws. (Read details on the Parental Reduction Act here.) The marriage education classes spouses will be required to take will educate them about the full impact of divorce.   It will also give them the skills they need to try and work through their problems and time to work on reconciliation if they so choose.

Sadly, without divorce reform, in most cases, you will pretty much be on your own fighting for your marriage and family because the legal system will not help you. You will spend money, time and energy.  The law and judicial system are stacked against you. Divorce is the program, not family preservation, and if you don’t go along with the program?  Well, I think we all know what can sometimes happen when we don’t go along with the program.  On the other hand, how can trying to preserve your family truly be a waste? How can standing up for what you believe in? For justice? For marriage and family?  If we all feel this way, we’ll all give up. What I learned I’m now using to inform other people and to work for divorce reform.   Hopefully, that will ultimately help provide hope for other families.

If you would like to learn more about the divorce reform effort, please go to www.divorcereform.info and sign up for free updates. Join the discussion and read many interesting articles on the subject of today’s families.

You can read articles from Beverly or reach out to her at www.BeverlyWillett.com.

4 responses to “Why Care About Divorce Reform?”