The Problem with Compromise in Marriage 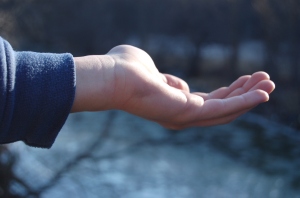 Marriage therapist Corey Allen, PhD, explains in this insightful post why compromise isn’t helpful in your marriage. In fact, he says it can be causing a lot of damage in your relationship. This seems counter-intuitive to much of the advice we read and hear about, so I wanted to delve into this further.

The problem with compromise, says Allen, is that it involves both spouses to make concessions, and both parties go away feeling dissatisfied. In addition, there is usually an expected reciprocity when one party gives in. This leads to keeping score and unmet expectations, which we know can cause conflict.

“True compromise can only occur when two equally powerful people both clearly state their needs,” says Allen, adding that only then can they work on a mutually satisfactory solution. The solution may take some creativity or seeking an option that is not already on the table, but often both people can end up happier if they both keep their needs at the forefront.

My husband and I redecorated our family room this spring, and we both had strong feelings about what we wanted. It took months of shopping (which neither of us enjoyed) before we pieced together the elements we were both happy with. It may have been easier for one of us to compromise, but now that it’s done, we are both pleased that we each got what we wanted.

Sometimes the less outspoken spouse has a tendency to go along with what the other person wants. He or she doesn’t want to make waves, and finds it is easier to just give in on something. However, each instance of coming away unhappy can lead to a little bit more resentment and feeling of powerlessness.

There are a few questions I still have about this issue, and I’m glad to hear Allen will be doing a follow-up post to further explain. There are several points I would make, and I’d really like to get more views on this:

Let’s hear your viewpoints on this. Do you compromise in your marriage? Do you feel your needs go unmet? Is one person likely to give in regularly? Do you think give and take is a bad or good thing?

6 responses to “The Problem with Compromise in Marriage”