The Secret to Long Marriage 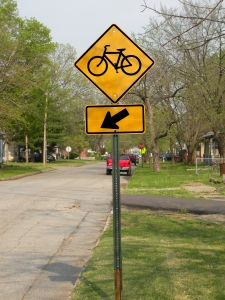 Author and psychologist Maggie Scarf, who has herself been married 55 years, interviewed 75 couples between 50 and 75 years old to learn about marriage in the later years. The result is a book called September Songs: The Good News About Marriage in the Later Years. She expected lots of complaints about how tough life and marriage was in these longer marriages. What she found was that most marriages showed a U-shaped trajectory over time.

In the beginning of these marriages was a blissful peak, which was followed by a challenging time with the stress of career building and child rearing. Many of you are currently in this challenging time. In fact, this is frequently when marriages fall apart or become extremely worn out. “Every marriage has a downside, a time when you looked across the room and thought …what is it with this person?” Scarf said. But there is a longer view to keep in mind.

What Scarf found was that couples who got through the tough patches gained more time together and “refound” one another, including the fun and intimacy they once had. They actually regained that peak point, making the other side of the U. Scarf calls these happier older years the “bonus years” which include a longer, healthier, happier life.

The secret of a long marriage may be that couples who stay together can envision this up side while they are enduring stressful times. In fact, I just interviewed an amazing military family that has endured an Iraq deployment and many years of infertility. Now that they have a house full of young children (whom they struggled and longed for), they have little time for one another. However, they like to focus on the joy amidst the current chaos, and the peace they will eventually enjoy together when their children are a little older. In short, they can see to the other side.

Where are you in the “U”? How do you envision your future together?

4 responses to “The Secret to Long Marriage”