At What Age Does the Romance Peter Out in a Marriage? 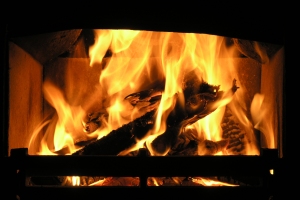 For all the talk about menopause and the fear many men and women have that it will impede their sex lives, it’s the husband who usually determines how long a couple’s sex life lasts. I wanted to share an excerpt from Joe Beam’s Blog on sex in later life because this fact was a surprise to me, and it might be for you as well. (Joe is a national best-selling author who has been interviewed on many TV news programs.

“My friend Dr. Barry McCarthy is not only a brilliant expert in matters of sexuality, he also is really nice guy… Barry first opened my eyes to the fact that men are as complicated as women when it comes to sex. Early in my sexual studies I was this naive, “Well, guys are guys. We don’t have to worry about them, so let’s focus on helping the women with their sexuality.” Barry gently corrected my thinking on that.

Then he told me that for most couples it is the husband who determines when their active sex life ends. He says that 1/3 of men quit having sex at age 65. Another 1/3 at 75. He didn’t talk about that last 1/3 but I imagine we can just call them “men who die happy.”

Experience with couples affirms Barry’s knowledge. (Of course, Barry’s knowledge is based on scientific research and long experience, so they didn’t really need affirming.) By far, no matter what the age, I am asked by more women than men about how to get their spouses to be sexual again. These are women in their 20s through their 80s. (One 80-year-old caller to my radio program told me that she had outlived five husbands and the guy she is dating now is in his 50s. When she asked if I’d like to see her picture, I replied that I DEFINITELY would.

So, guys and gals, at what age in life should we cease being sexually active?

Before that, no matter what the age, it contributes to the health of husband and wife, to their bonding, to their fulfillment, and to their relationship. Thinking that stopping sex is the thing to do because you are now XX years old is wrong. You can have sex into your hundreds.

Just be careful that you don’t break a hip.”

So whether you’re in your 20s or your 80s, Joe’s admonition gives us motivation to keep the romance blooming throughout our life-long relationship. Does it surprise you that men seem to determine how long their sex lives lasts in most marriages?

This article by the Daily Mail in the U.K. discusses how several couples maintained passion-filled lives after 60, and why they and several experts believe that is the glue that keeps a marriage together. “The Kinsey Sex Institute states that the average 18 to 29-year-old has sex 142 times a year; 30 to 39-year-olds 86 times a year; 40 to 49-year-olds 69 times a year; and the over-50s have sex 52 times a year. But it doesn’t have to be that way. Growing older in a committed relationship doesn’t have to mean a slow slide into celibacy and slippers.

4 responses to “At What Age Does the Romance Peter Out in a Marriage?”