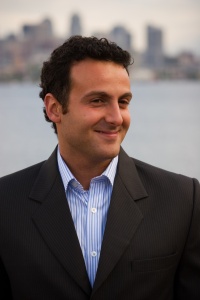 Have you ever wondered whether marriage settles men down, or whether a certain type of man is more likely to marry? Researchers say both are true.

Men who are married are likely to engage in fewer aggressive or illegal behaviors than single men. Matrimony has been known for some time to “mellow men out” reducing criminal behavior by 35 percent. A new study to investigate why was reported by CBSNews.com.

To determine why this is the case, researchers Alexandra Burt and her colleagues at Michigan State University, studied 289 pairs of male twins over time. Participants included identical and fraternal twins. At ages 17, 20, 24 and 29, they reported on marital status and filled out questionnaires about aggressive behaviors and illegal activities.

Because the men were only teens when the study began, they were all single. By age 24, about 23 percent were married, and by age 29, about 59 percent had wed. They found that men who were married by age 29 were less likely to have committed antisocial acts during their younger years. Burt said it suggests that nice guys do get the girl.

The more surprising outcome was that even the men who were more aggressive early on became less aggressive after they married. “Comparing an unmarried man with his married identical twin takes genetics out of the equation and makes it more likely that you’re uncovering environmental effects,” said Burt. The study showed marriage seemed to reduce antisocial behavior by 30 percent.

It is unclear why exactly marriage has this effect on men, and whether cohabitation has the same effect. Other studies are planned to examine the social bonds of matrimony and whether less time with negative influences might be part of the reason.

I wonder if men some men will flinch at the news that getting married can impact their behavior to such a great degree. However, I believe the researcher’s hypotheses are likely correct—that less time with friends who participate in illegal behaviors, and stronger social bonds with their new bride and perhaps new friends and family, is likely to help him make healthier choices. Particularly when children enter the picture, men are motivated to act in more socially acceptable manner. Not because their wives tell them to, but because their goals and interests likely change as their family changes.

Marriage News:
Separating couples in the United Kingdom will be ordered to try mediation to resolve disputes over their breakup before heading to court. This order, which is to begin in April, is aimed at reducing the number of people involved in costly divorce battles. Every couple seeking to use the court system to resolve their disputes must first meet with a mediator. The Indianapolis Star reports that the reason is too many cases coming before judges, straining Britain’s legal system and costing individuals—and in some cases the government—large fines. Unfortunately, it doesn’t appear this action will help save marriages; it just appears to be a way to more efficiently handle the divorce caseload with less animosity, time and fewer fines.

One response to “Are Married Men Mellower? Yep.”