Low Conflict Does Not Equate with Great Long-Term Marriage 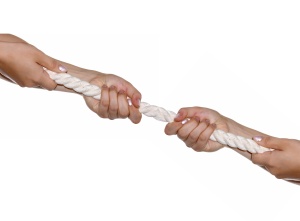 A three-year study completed at the University of Texas at Austin evaluated 156 newly married couples regarding their conflict levels and marital happiness. They were followed for three years to determine whether low-conflict marriages were the happiest. The answer: yes in the short-term and no in the long-term.

At the beginning of the study, when the couples were still newlyweds, they did indeed equate a happy marriage with low levels of conflict. In other words, couples who argued less were happier. However, after three years, things changed. Those who argued a lot early on reported large increases in marital satisfaction after three years, as they had resolved many of their differences.

On the other hand, many of the couples who had little conflict at the beginning of their marriage missed opportunities to cultivate and grow their relationship. Their desire to avoid conflict kept them from working out problems and reduced their marital satisfaction level, say researchers.

A Times of India article about the study concluded that “disillusionment in the early part of the relationship was a powerful predictor of divorce.”

The well-known recommendation by research John Gottman, PhD, advocating five positive interactions for everyone negative interaction comes to mind. The so-called 5:1 ratio is not only about staying positive with your spouse. It’s also about using the one negative interaction as an opportunity to discuss, negotiate or work through areas that are problematic for the couple—in hopes of moving forward and having more satisfied partners.

Are you using your conflicts in a productive manner, approaching them gently in hopes of moving forward in the relationship? Are you balancing them with plenty of positive interactions?